While in the city center the focus is on the lively atmosphere of an English pub, outside the city it is a full-fledged two-story restaurant where guests come to relax and recharge themselves in a calm and refreshing atmosphere. Daylight penetrating through huge panoramic windows helped designers to fill the room with air and light. In this open space the familiar art objects of the times of the cultural revolution, modern Chinese art, recognizable pillows with portraits of Mao Zedong, a collection of ancient vases and sculptures of the ancient Han and Tang dynasties look even more vivid and fashionable.

The conceptual menu of “Kitayskaya gramota” remained unchanged: as at the Sretenka Street restaurant, it is based on Cantonese, also known as Guangdong, cuisine. Its peculiarity is in achieving phenomenal flavor results with minimal heat treatment and limited use of sauces. Brand-chef Xu Lei and Chef Zhang Xiancheng offer a menu composed entirely of gastronomic hits: a mashed cucumber salad with cilantro and cashew, crispy eggplants with tomatoes, transparent dim sums, languid duck tongues, delicacy black duck eggs, beef with black pepper and the classic Beijing duck ceremonially carved at the guest’s table.

“Kitayskaya gramota” in Barvikha expands in spring and summer by opening the terrace. The tent of signature poppy color fabric protects the guests from the sun. In the center of the space, there is a summer garden decorated by one of the fluffy representatives of the legendary Rublyovka pines surrounded by brave samurai and mythical Chinese dragons.

Despite the luxurious location, the average bill, like in the restaurant on Sretenka Street, is 1500-2000 rubles: according to Alexander Rappoport, Chinese cuisine cannot be expensive. 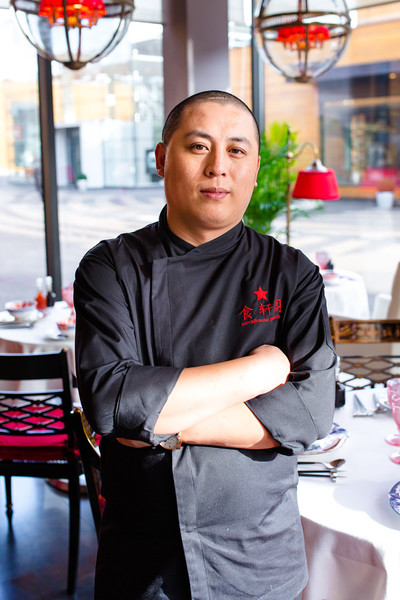 Being A representative of one of the most famous Cantonese schools - Guanzhou, he gave the classical masterpieces a modern sound.