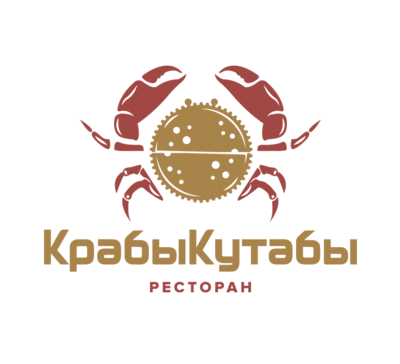 A new restaurant of Alexander Rappoport at the “Depot” gastromarket

As always, Alexander Rappoport walks along undiscovered paths, exploring formats that have never been seen in Moscow before. This time, several new concepts are combined under the same roof. “CrabsQutabs” is at the same time an example of the crabs culinary trend storming in the capital and once started by Rappoport himself in Erwin.River.Sea.Ocean restaurant, and also a play on Surf & Turf style, combining meat and seafood in one dish. It is a large modern bar, and a delicate, modern reinterpretation of the ever-popular pan-Caucasian cuisine. This extremely eclectic picture is masterfully embodied in the format of a modern, trendy and very democratic restaurant.

As the restaurant`s name suggests, the menu consists of two main sections. The first part includes not only more than ten kinds of the freshest crabs from all over the world, but also langoustine, shrimp and other fish and seafood. Five ice showcases with crabs and other seafood are located in two rooms of the restaurant. In the “Qutabs” section there is a place for chebureks, khachapuri, khinkali, shawarma and other bright and rich Caucasian dishes in their modern interpretation. Both themes in the title do not simply exist on their own, but merge into a single, harmonious symphony. Chef Artyom Martirosov serves crabs satsivi with ​​a spicy Georgian walnut bazhe sauce. Crab stuffing persists in qutabs, chebureks, khinkali, and even in crispy donuts prepared according to all the baking rules. Overall, the menu includes more than thirty dishes made with ten crab species.

The interior, created by design bureau Krivtsova&Redina, is bright and eclectic to match the menu. The walls covered with shaped mirrors are next to the original brickwork of the 1870s, and luxurious blue crystal chandeliers are consistent with the bowl shades which are exact copies of industrial crab traps. Aisles between the rooms are separated by golden metallic curtains resembling fishing nets. Tables for 6, 4 and 2 persons are arranged in parallel rows in a so-called “barracks” manner which is very popular in huge American and Europe restaurants, but almost not found in Russia. As a result, each company of guests, on the one hand, preserves privacy, and on the other, has a feeling that everyone is sitting at a single communal table.

We should also mention the bar which is one of the largest in the capital. A 20-meter bar counter stretched along the entire wall is lit by a long chandelier performed in the minimalist Scandinavian style, resembling the skeleton of a gigantic fish. The bar counter itself is decorated with bronze sculptures of crabs and bronze lamps in the shape of an octopus. Chef bartender Pavel Zotkin takes into account all the most advanced trends and fashion tendencies in mixology: the bar menu contains an extensive collection of vermouth and mezkal, but classic cocktails are included either.

Promoter Sergei Sergeyev, known for his work at Solyanka and Troyka Multispace, is responsible for everyday evening mood. He charges the atmosphere of “Crabs” with a trendy intelligent music, shifting the emphasis from a restaurant to a bar-party.

Alexander Rappoport does not change anything in the restaurant`s price policy. As always, he is following his style with large portions, excellent products and a low average check, which is 1,500 rubles in “CrabsQutabs”.

“CrabsQutabs” is a part of the “Depot” gastronomic project, a large-scale food court, which combines dozens of concepts from the best national restaurant owners. “Depot” gastromarket is located in the buildings of Miussky trolley park which is a monument of industrial architecture at the turn of the XIX-XX centuries. Undoubtedly, this is the main gastronomic discovery of 2019. “CrabsQutabs” is the largest restaurant located in the very center of the “Depo”. Symbolically it was opened up here first.