A stylish and modern restaurant featuring Cantonese cuisine with a unique cocktail menu. A choice of the “Spoon Guide 2018” restaurant guide

A stylish and modern Cantonese restaurant with an original cocktail menu

Kitayskaya gramota. Bar and Food on Sretenka is the first and most titled project of the "Rappoport Restaurants": after opening in February 2014, it became a sensation in Moscow. There has never been anything like it in the capital: Chinese cuisine without major modifications, a very ingenious bar menu, original and stylish European-style interior and located in the center of Moscow.

A completely new concept for the capital was invented as if in spite of all the existing stereotypes. However, the guests and critics that the restaurant quickly fell in love with it. Thus, the restaurant accumulated an impressive collection of professional awards: the choice of Afisha “Best in Moscow” 2014, the best Menu.ru restaurant in the “Menu of the Year” category 2014, The Grand Prix of the XI Moscow Gastronomic Festival 2015, the Time Out Moscow Award in the "Best Mini-Chain" nomination 2016. It is for this concept that Alexander Rappoport, the author of the idea and the owner, was awarded the title of "Restaurateur of the Year" in 2014 by the GQ Russia magazine.

At the heart of the menu of Kitayskaya gramota is the Cantonese, also known as Guangdong, cuisine. It is the most common version of the Chinese cuisine outside of China and is still little-known in Moscow. Remarkably diverse in terms of taste, but at the same time balanced meals, promptly cooked on a hot wok and sprinkled with fresh herbs. Brand-chef Xu Lei and chef Zhang Xiancheng offer a menu entirely composed of gastronomic hits. Many guests come exclusively here for the mashed cucumber salad with cilantro and cashew, crispy eggplants with tomatoes, Peking duck, languid duck tongues, delicacy Black duck eggs, four kinds of chicken legs, transparent dim sums and fried milk dessert.

The concept of the bar is exactly the opposite of the culinary and is absolutely international. The hits of the international cocktail classics are mixed according to all the laws of the genre, and the chapter "The calligraphy of Kitayskaya gramota" pleases with non-trivial Asian combinations and an ideally tested and refined balance of taste.

Diana Generalova, the interior designer, succeeded in harmoniously fitting a luxurious collection of ancient vases and sculptures of the Han and Tang dynasties, art objects of the Cultural Revolution era and modern Chinese art into the style of the classic English pub. Intelligent, bright, and fashionable. 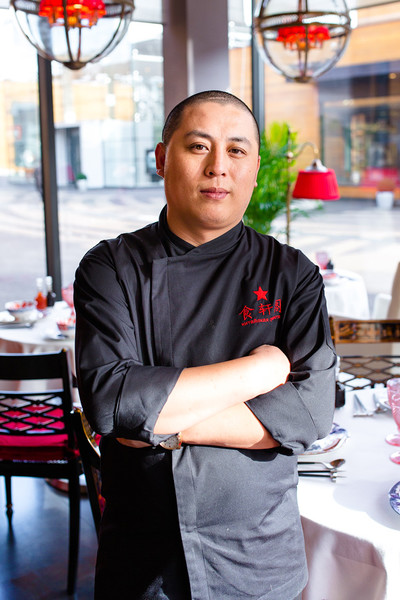 The representative of one of the most famous Cantonese schools - Guanzhou, gave the classical masterpieces a modern sound.