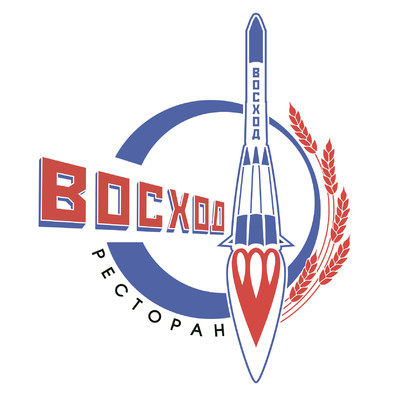 “Voskhod”, a restaurant of the former Soviet republics’ cuisine at “Zaryadye” park

From a gastronomic standpoint, the former Soviet republics exist outside of contemporary geopolitical realities as they are forever bound by secret culinary codes irrespective of actual maps in history textbooks.

Outside of time and fashion, the contemporary and modern “Voskhod” restaurant enters an orbit of the unconscious collective into the familiar, intimate and native culinary space, where all the dishes of all the USSR nations are equally appreciated, loved, recognized and understood.

The kitchen is managed by Maxim Tarusin who is famous among Moscow gourmets for “Dr. Zhivago” restaurant, where the Soviet cuisine was proudly restored for the first time in many years. Maxim's creative portfolio includes work experience at the legendary “Yar” restaurant located in the “Sovetsky” hotel, internships in China, the USA and France, as well as winning many prestigious professional competitions.

“Voskhod” restaurant`s cuisine is an authentic immersion in the Soviet culinary heritage from all its angles. Imagine a dinner which includes Azerbaijani Sabzi Qovurma pilaf with lamb, Kamchatka King crabs julienne, Poltava borscht with goose and soaked apples, and all of that is accompanied by kystyby with potatoes. As it always happens when it comes to the projects of the “Rappoport Restaurants” holding, Alexandr Rappoport with his endless experience stands by around a half of the recipes.

Equality, brotherhood, friendship of nations, excitement and euphoria of space exploration success, being a theme of common enthusiasm and inspiration, is reflected in the bright futurist design by Sundukov sisters and expands in the unique background music collection which was picked by Alexandr Rappoport personally. Timeless hits of “Zemlyanye”, Laima Vaikule and Yuriy Antonov will not leave any generations indifferent.

The interiors of “Voskhod” embody the ideas of nowadays as it was imagined by the 1960s generation. You will also enjoy a panoramic view of the Kremlin and Vasilievsky Slope and a truly green grass that covers a unique landscape of “Zaryadye” park.

Considering the difficult logistics of the “Zaryadye” park, it’s quite easy to get to “Voskhod” restaurant. The park already has a parking lot, which elevator leads directly to the restaurant where guests are met by girls dressed in space center workers uniform.